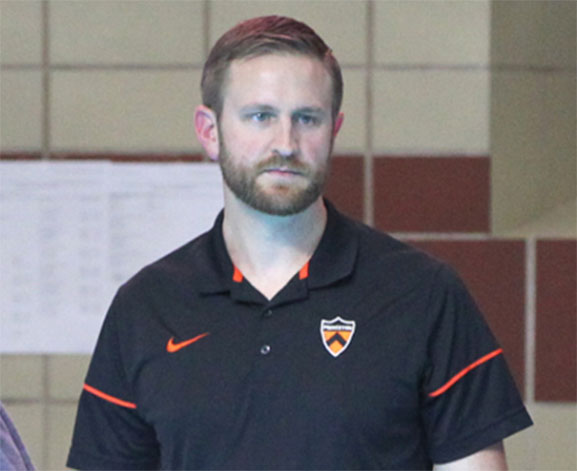 Bret Lundgaard enters into his fifth season as the Head Women’s Swimming Coach at Princeton University. Bret lead the Tigers to the 2020 Ivy League Championship and #22 in the country in the final NCAA poll.

In 2016, Coach Lundgaard was responsible for all training components for 2016 U.S. Olympian Molly Hannis, a four-year member of the US National Team who competed in Rio in the 200 breaststroke.

"Bret Lundgaard has been a huge influence on my swimming career," Hannis said. "His ability to learn and evolve my breaststroke, and breaststroke in general, has rivaled some of the best coaches in the world. I will always be thankful for his contribution to my growth and success as both a person and as an athlete."

Bret's overall approach to coaching, as well as his extremely well-articulated definition of Education Through Athletics (ETA) has put him on the cutting edge in Total Performance of the individual. His track record of success both as a student-athlete and as a coach speaks for itself, but it was his passion for helping his student-athletes succeed athletically, academically and socially through an emphasis on both performance and values that sets him apart.

Coach Lundgaard, who is also currently a USA Swimming National Team Coach, was the Assistant Coach at the University of Tennessee before going to Princeton. Bret had a remarkable five-year impact at Tennessee on both the individual and team levels and was part of a 2013 Tennessee squad that placed third at the NCAA Championships, the best finish in program history.

Tennessee had multiple SEC champions and NCAA All-America honorees during Lundgaard's five years on staff, and the Volunteers were fewer than 30 points away from their first SEC team title in 2016. He was the primary breaststroke and butterfly coach in Knoxville, and he helped Brad Craig and Peter John Stevens earn silver medals at top international events over the last three years, including an NCAA runner-up finish for Stevens in 2016.

Following a successful swim career at the University of Washington, where he was a two-year captain and 2008 Olympic Trials qualifier (100 butterfly), Lundgaard began his coaching career at both Boulder City High School and the Desert Storm Swim Team. One year later, he began his collegiate coaching career at the United States Military Academy, where he served as both assistant coach and director of recruiting. He brought in the program's first Olympic Trials qualifier in more than a decade and helped the Black Knights break two dozen school records during his three years.

Lundgaard earned Pac-10 All-Academic honors all four years of his Washington career. He earned his bachelor's degree in Journalism while also earning a Certificate of Business & Marketing. He earned a master's degree in Kinesiology with an emphasis in Sports Psychology and Motor Behavior from the University of Tennessee.